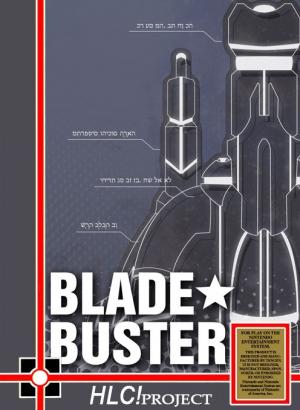 The latest arrival to the Nintendo NES homebrew scene comes from the Japanese doujin group High Level Challenge Project. Their impressive release Blade Buster is a caravan style shoot em up, made publicly available in ROM format. For those not familiar with the caravan shooters, you're given a quick burst of 2 minutes to rack up as many points as possible. The games in this genre were more commonly used for competitions, but have now become quite a favourite amongst the competitive shmup fans. Blade Buster features some rather impressive effects and colourful gameplay which appears to push the NES's capabilities rather far. So, should you have a RetroUSB Powerpak at the ready or your favourite emulator, get this game downloaded and let us know your best score!