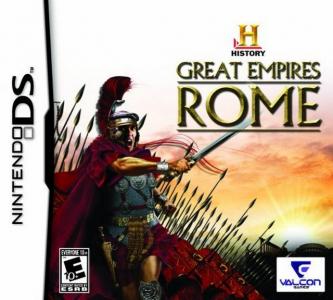 DIVIDE AND CONQUER! HISTORY Great Empires: Rome delivers the depth of a classic strategy game and the intuitive controls that the Nintendo DS demands. This action-packed game for strategy fans offers a great blend of resource management, diplomacy, and tactical warfare! - Rule over more than 20 tribes, including early Romans and ancient Britons - Build armies of legionnaries, archers, and cavalry to conquer ancient Rome - Collect valuable resources and establish an overpowering enonomy - Wage six historically accurate campaigns, from the unification of Italy to the conquest of Britain - Sharpen your wits with four fun Roman Empire mini-games Match the exploits of Julius Caesar and Marcus Aurelius to build one of the greatest empires the world has ever seen!