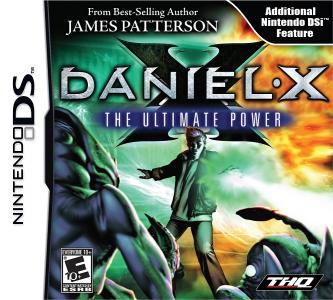 Daniel X was born with the greatest superpower of all, the power to create. Now, the fate of the world rests on his shoulders -- saving the world has never been easy, but it's a fight Daniel is made for. Conquer aliens from "The List" by changing into an eagle and soar your way to victory. The Ultimate Power is the Power to Create! On the far off planet of Silerus V, Daniel battles unpredictable foes using the incredible power of Creation and explores a mysterious world in this epic side-scrolling action adventure. Daniel X: Ultimate Power features incredible action, platforming, and puzzle-solving. Also featured is unique DSi functionality to let players scan their friends to see if they're really dangerous aliens in disguise!