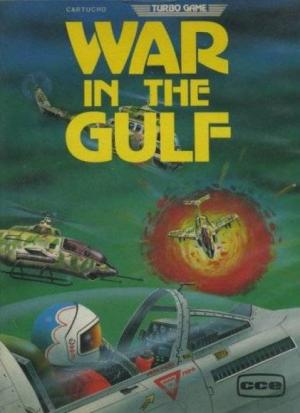 War in the Gulf

A game produced in Brazil for the NES clone Turbo Game. The Persian Gulf and the Paradise of the Black Gold (Petroleum). Many countries depend on the oil for its proper economic development. One ambitious politician, to satisfy its desire to control the world, ogranized an army with extraordinary power fight and occupy the Persian Golf. The dependent countries had been without conditions to face this ruler, then, they had created an organization for the protection of peace worldwide and had sent the helicopter SUPER AH-64 to intervene in the enemy battlefield.