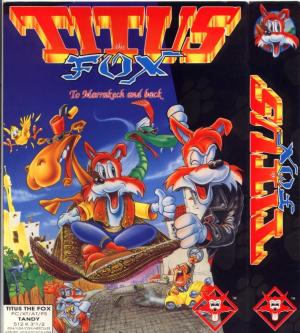 Titus the Fox is a side-scrolling platform game developed by Titus Interactive for the Amiga, Amstrad CPC, Atari ST, DOS. The game was originally released in 1991 under the name Lagaf': Les Aventures de Moktar — Vol 1: La Zoubida, featuring French comedian Lagaf' as a tie-in with his song "La Zoubida". For the international edition, Titus retooled the game to feature its mascot and released the game as Titus the Fox: To Marrakech and Back in 1992.