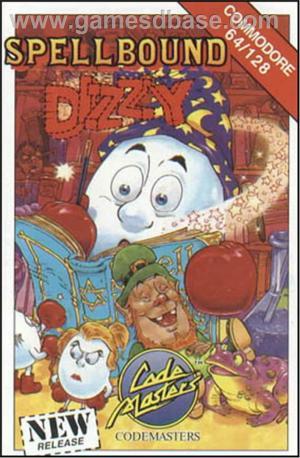 This is a cut down version as the C64 version was not ready in time for inclusion on the Dizzy's Excellent Adventures compilation. Dizzy's been visiting his local friendly Wizard Theo. Now Theo, who may be a dab hand in the waving of wands area, is not much cop at the filing-things-away-neatly department, and he's left his Book of Really Powerful Spells lying round in his laboratory. What's more, the book's been left open at the page headed A Really, Really, Powerful Spell (That Shouldn't Be Read Out Loud). Whether Dizzy actually read the heading is not known but - yikes! - he said the spell and it's caused a catastrophe- Dizzy's spirited all his Yolk Folk chums and Wizard Theo into the underworld! Cripes! There's only one course of action open to the brave little hero- read the spell again and spirit himself into the underworld to save his rotund group of pals!