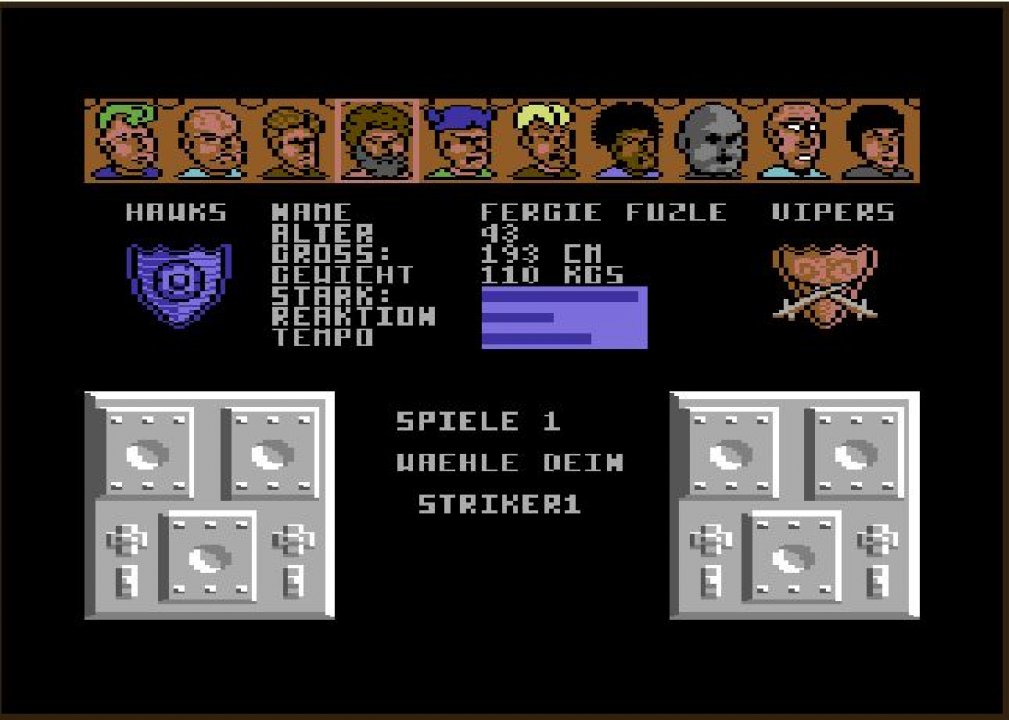 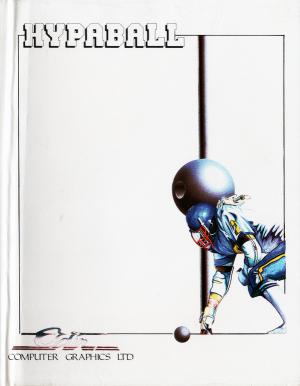 Hypaball is a two player futuristic sports game, played between the Hawks (human) and the Vipers (human or CPU). Choose your three-man team from a pool of 10 players, each with slightly different stats for strength, agility and speed. The teams have to pass and catch a ball and shoot it to a moving basket in the middle of the screen. Two players are in the air (one in each half of the arena), while the third remains on the ground to collect an otherwise-dead ball. You simultaneously control the grounder and the air player nearer the ball - they move left and right in unison, but only the air player responds to up-down movements. Players can only hold possession for 2.5 seconds, in order to keep the games fast and frantic. 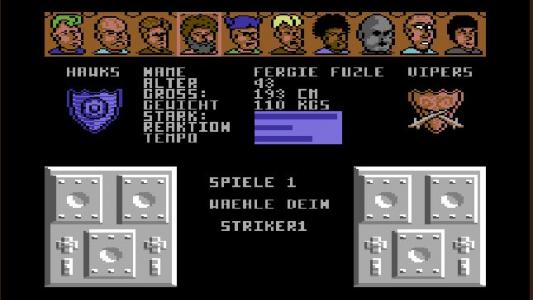