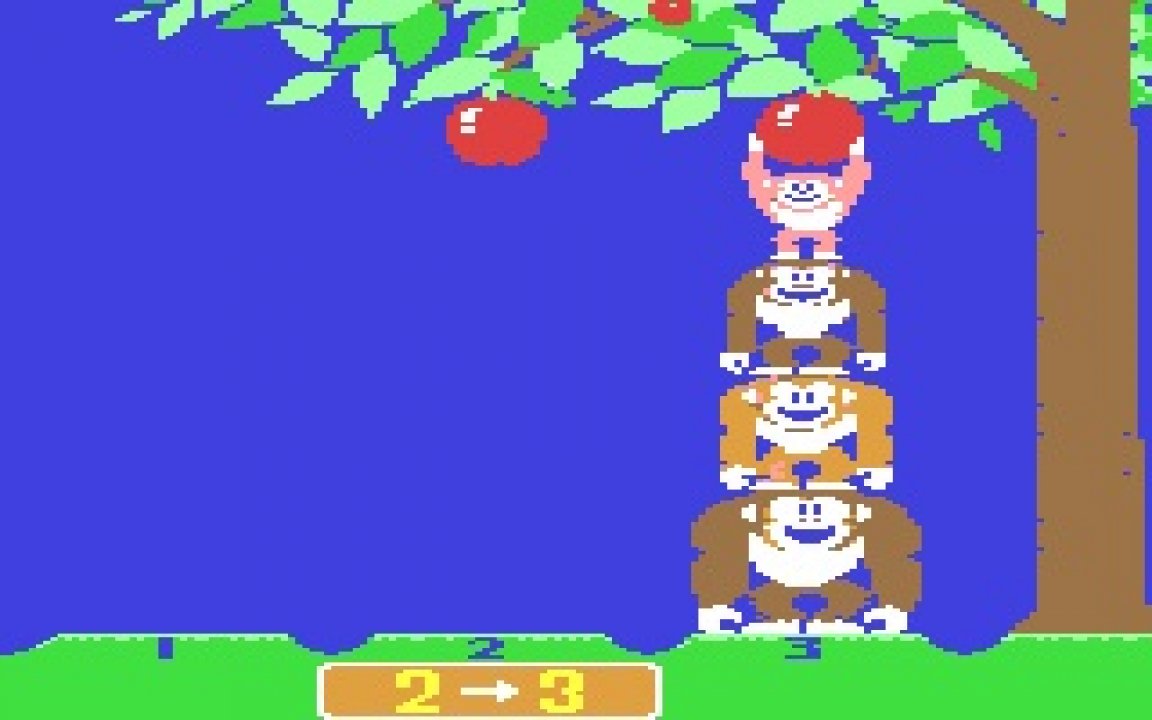 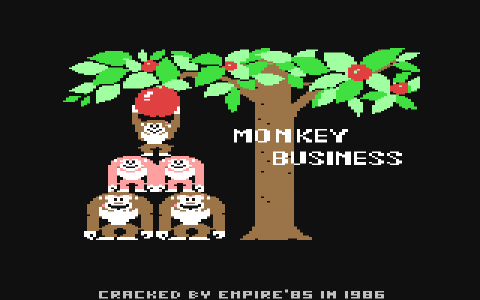 To shortly sum up Monkey Business, it's about educational and math / logic, puzzle-solving. You have 3 -5 monkeys who have to stack on top of each other to capture an apple. there are only 3 spots to fill. For the generation growing up in the 80s it was often the first computer game ever played as it was exstenivley used in schools. It was made by Learning Technologies, Inc. in 1986 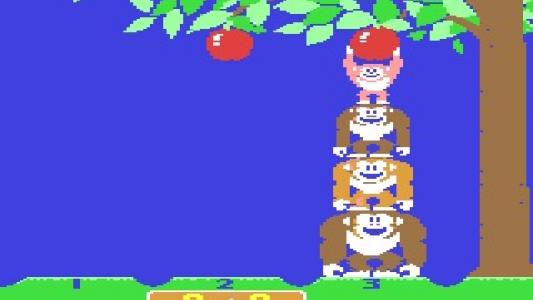