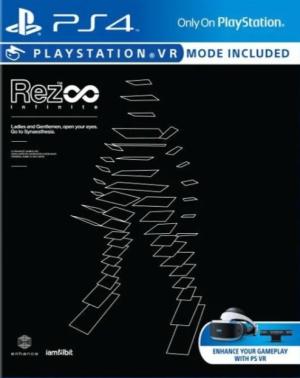 Blast through Rez Infinite on your PS4 to appreciate its razor-sharp 1080p resolution, silky-smooth 60 frames-per-second motion, and full 7.1 surround-sound support (for what’s been called one of the greatest gaming soundtracks ever made), or plug in your PlayStation VR headset and experience 360 degrees of mind-blowing synesthesia (at 120 frames-per-second!), as colors and sounds sync and blend around you, all in time to Rez’s legendary techno-flavored beats in full 3D audio.