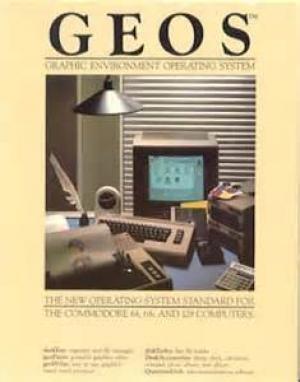 GEOS (Graphic Environment Operating System) is an operating system from Berkeley Softworks (later GeoWorks). Originally designed for the Commodore 64 and released in 1986, it provides a graphical user interface for this popular 8-bit computer. GEOS closely resembles early versions of the classic Mac OS and includes a graphical word processor (geoWrite) and paint program (geoPaint). A December 1987 survey by the Commodore-dedicated magazine Compute!'s Gazette found that nearly half of its readers used GEOS. For many years, Commodore bundled GEOS with its redesigned and cost-reduced C64, the C64C. At its peak, GEOS was the third-most-popular microcomputer operating system in the world in terms of units shipped, trailing only MS-DOS and Mac OS (besides the original Commodore 64's KERNAL).