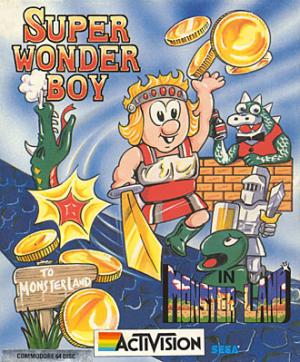 In Wonderboy in Monster Land, players control Wonder Boy as he destroys the monsters in Monster Land and defeats the 'MEKA dragon'. When the player begins the game, Wonder Boy starts out in the City of Wonder Land without any items or gold, but to give him a chance, at the beginning of the game, the city's mayor gives him a sword and a revival potion and sets him off on his own. The game is divided into twelve levels, and each of them has its own unique features, items, monsters, and secrets. These levels include towns, valleys, deserts, islands, and castles.