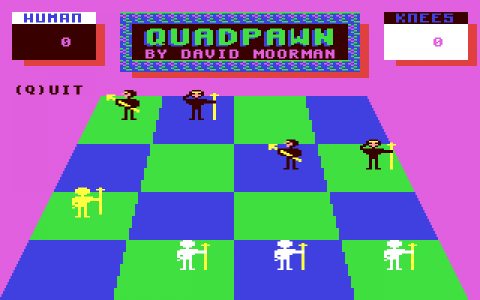 Quadpawn is a short chess-like puzzle game where you and your opponent both control four pawns. These pawns move with the same rules as chess pawns. Multiple rounds can be played and tally of the score is kept for all rounds played. The goal of the game is to try to get one of your pawns to the starting row of your opponent's pawns. The player loses a round if a black pawn reaches the player's starting row or if the pawns are locked up in such a way that doesn't allow anyone to move.