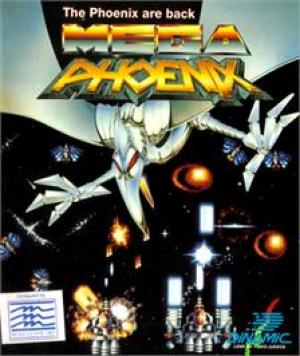 Mega Phoenix brings the concept of the earlier arcade game Phoenix into the 90s, to the extent that a coin-op version was later made by Gaelco. The game is a single-screen shoot ‘em up in which the player moves left to right while shooting several waves. There is a shield function available, which lasts for a short period of time (after which it must recharge to be used again) and it paralyses the craft while active. The first waves consist of several small alien beings in a set pattern, which move down from the fleet towards the player at random intervals- contacts with these kills the player. Deadly phoenixes firing at you come next, followed by the Mega Phoenix itself and then a final boss, before it all repeats with higher difficulty.