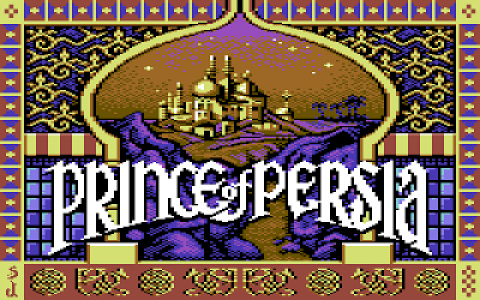 A Commodore 64 port of the 'Prince of Persia' has been attempted in 1993 by Domark, as well as an uncompleted homebrew attempt in 1996. This port was completed in 2011 by Andreas Varga (aka Mr.SID) after combing through the Apple ][ source code. Prince of Persia is a video game franchise created by Jordan Mechner, originally developed and published by Brøderbund. The first game in the series was designed by Mechner after the success of his previous game with Brøderbund, Karateka. The game is set in ancient Persia. While the sultan is fighting a war in a foreign land, his vizier Jaffar, a wizard, seizes power. His only obstacle to the throne is the Sultan's daughter (although the game never specifically mentions how). Jaffar locks her in a tower and orders her to become his wife, or she would die within 60 minutes The game's nameless protagonist, whom the Princess loves, is thrown prisoner into the palace dungeons. In order to free her, he must escape the dungeons, get to the palace tower and defeat Jaffar before time runs out. But in addition to guards, various traps and dungeons, the protagonist is further hindered by his own doppelgänger, an apparition of his own self that is conjured out of a magic mirror.