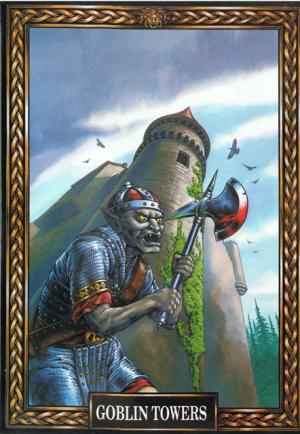 Somewhere in the middle of the huge forest is an ancient castle. Local people tell of strange creatures that guard vast treasures hidden within the castle, though since no-one who has dared to venture inside has ever returned it's difficult to know how much is fact and how much speculation. Not too far away from the castle is a small cottage which you may as well use as your base. Though now uninhabited remains in good repair, cared for by the villagers who regard it as a sort of shrine. With luck you may find there some items that will help you in your quest. This program loads in three parts, but all you need to do is place the rewound cassette in your tape deck, then tap RUN/STOP while holding down one of the SHIFT keys. The screen will be blank whilst each section loads -- this is quite normal. Adventure programs offer you a chance to pit your wits against the ingenuity of the author. By instructing the computer to do things (move, examine objects, take objects etc) you must attempt to score as many points as possible. Points are usually scored for finding treasures and other objects, and sometimes for visiting particular places. Adventures can take months to solve, and so the best programs allow you to save the state of the game on cassette so that you can continue your quest another day. If this is your first adventure you should try typing INFO which displays useful information. The computer will understand a wide range of words and phrases, but not absolutely everything that you throw at it. Some words are standard throughout most adventures -- NORTH, SOUTH, EAST, WEST, UP, DOWN, INVENTORY, DROP, TAKE, and SCORE are some of the most common, but you will usually have to experiment to find out just what the computer does understand. And beware, words that are understood in one location may not be understood in another. Quite complex sentences can be entered, for example, PUT THE RED APPLE IN THE BUCKET. First the program will check that the two objects mentioned are in the room (a room can be any location in the game), then it checks that you're actually holding the APPLE. Whether or not you are holding the BUCKET doesn't matter. It might be that there is more than one BUCKET visible, in which case you should specify the METAL BUCKET, the LARGE BUCKET or whatever. Finally the program will make sure that there is room in the BUCKET for the RED APPLE. Not all items mentioned in the adventure are objects which can be manipulated. Often they will serve merely to embellish a room description or to give you a hint about the nature of the place that you are in; in this case you will probably be told I DON'T UNDERSTAND THAT. All adventures have mazes. They may not always look like mazes, but if you keep coming back to what seems to be the same place then you are probably in a maze. When you get lost in a maze (as you most certainly will) don't wander about aimlessly, but try to map the maze. TO do this you must be able to distinguish one part of the maze from another -- which usually means dropping some of the objects you are carrying. Of course, you might not ever find them again! You can SAVE the state of the game at any time (it's a good idea to do it before doing anything particularly risky). Make sure that you have a blank cassette handy. The command RESTORE allows you to reset the state of the game to one that you have saved previously. [Note: the box art is from the 1987 'Classic Quests' upgraded version.]