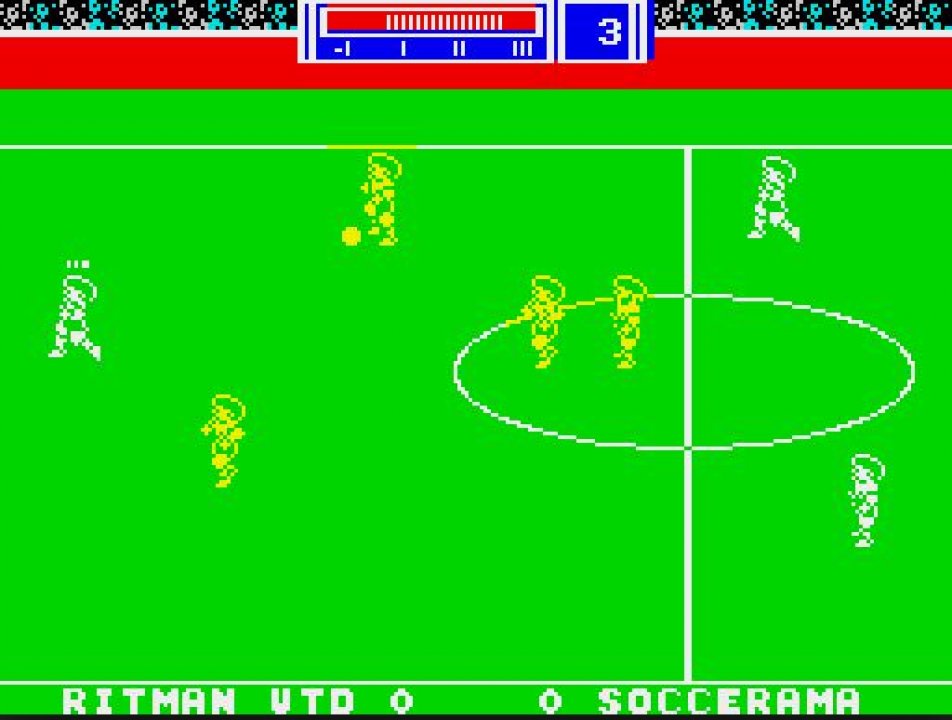 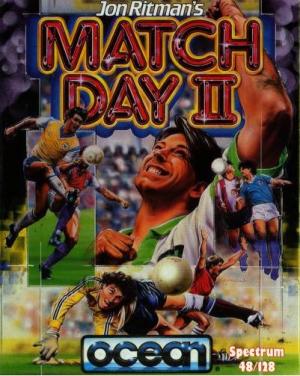 The controls consist of four directions (allowing eight directions including diagonals) and a shot button. Each team has seven players,[3] including goalkeeper and there are league and cup options available. The game is highly addictive due to its difficulty level, the complete control over ball direction, power and elevation (using a Diamond Deflection System),[4] and the importance of tactics and player positioning over the field (barging if necessary[5]), which makes it challenging to break strong defences. Was the first game to use a kickometer.[6] The game plays the song When the Saints Go Marching In while the players are walking to their initial positions on the field at the beginning of each half.[7] The ZX Spectrum version of the game went to number 2 in the UK sales charts, behind Out Run,[8] and was voted the 10th best game of all time in a special issue of Your Sinclair magazine in 2004. 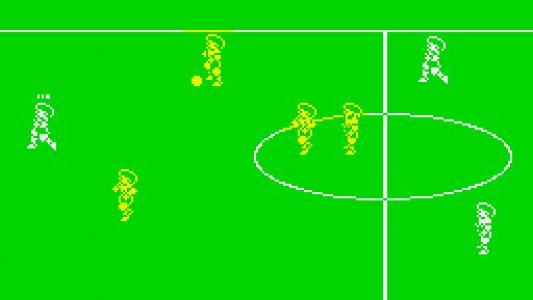