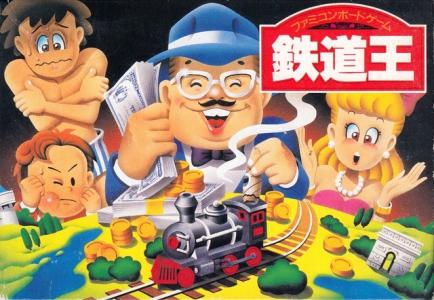 A board game simulation similar to Monopoly, but with railroads. Its name means "Railroad Baron". It was only released in Japan, for the Famicom, and has two sequels. Tetsudou-Oh (occasionally with the subtitle "Famicom Boardgame") is a competitive railroad tycoon-type game where the goal is to own a lot of railroad stations and make a lot of money while bankrupting the other players. Tetsudou-Oh also borrows elements from the Game of Life board game, specifically the lucky/unlucky event that follows every turn and can completely reverse a player's fortunes. Tetsudou-Oh would be followed by Tetsudou-Oh '96 and Tetsudou-Oh 2, both for the Sony PlayStation. The original game would also see a mobile phone platform remake, named Tetsudou-Oh NEO.