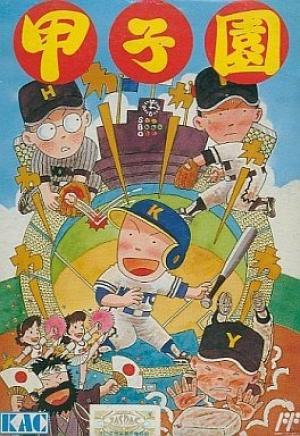 A Famicom baseball game based on Japanese highschool baseball. It saw multiple sequels for the Super Famicom. Koushien is the first game in K Amusement's Koushien series of baseball games that focuses on the highschool level of competition. Koushien refers to the stadium where the final of the national highschool league takes place. It takes a leaf from the book of many other NES/Famicom baseball games, like Namco's Family Stadium, by depicting the batsman at the bottom of the screen and the pitcher at the top. Though it has realistically proportioned athletes, the presentation and idle animations are somewhat comical and the game overall leans on an arcade experience rather than being super realistic. Koushien was followed by multiple sequels, however the first game was the only one in its series to be released on the original Famicom. Future games would appear on the Super Famicom and PlayStation as well as other, newer consoles. This game would go on to be the basis of SNK's Little League Baseball: Championship Series.