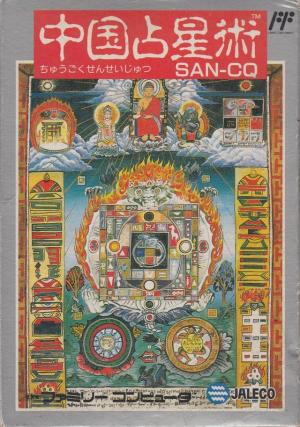 A fortune-telling simulator for the NES developed by Sanritsu and Aicom and published by Jaleco. A fortune-telling game that uses Eastern mysticism to prognosticate on the player's future, based on their year of birth. Though fortune-telling devices weren't unheard of, this was the first NES "game" to provide such a service. It would, however, be followed almost immediately with Induction Produce's '89 Dennou Kyuusei Uranai; another fortune-telling interactive simulator. The player can choose to receive their fortune in distinct areas of their lives, including romantic prospects, the best time to marry their partner and the outcome of their future business dealings. Due to the minimal impact and relative obscurity of Eastern horoscopes in the west, the game was never released outside of Japan, though the US would eventually receive their own equivalent with Taboo: The Sixth Sense.