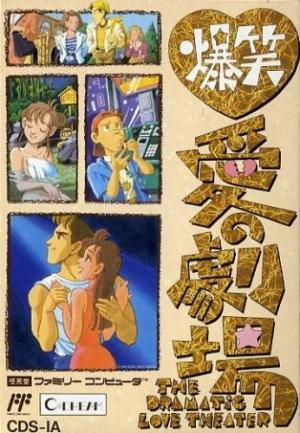 Bakushou!! Ai no Gekijou ("A Hearty Laugh! Theater of Love") is a virtual life board game developed and published for the Nintendo Entertainment System by Coconuts Japan Entertainment on Dec 29th, 1990 in Japan. Capitalizing on the popularity of simulation and dating games from the late eighties, specifically the Bakushou!! Jinsei Gekijou series developed by Taito, this game follows many of the genre's tropes from chance rolls dictating life events, to gathering money and physical traits that benefit the player's life. Unlike the Jinsei Gekijou series however, Ai no Gekijou opts to focus on teenage life and romance in particular, rather than the wider scope seen in other life-simulation titles.