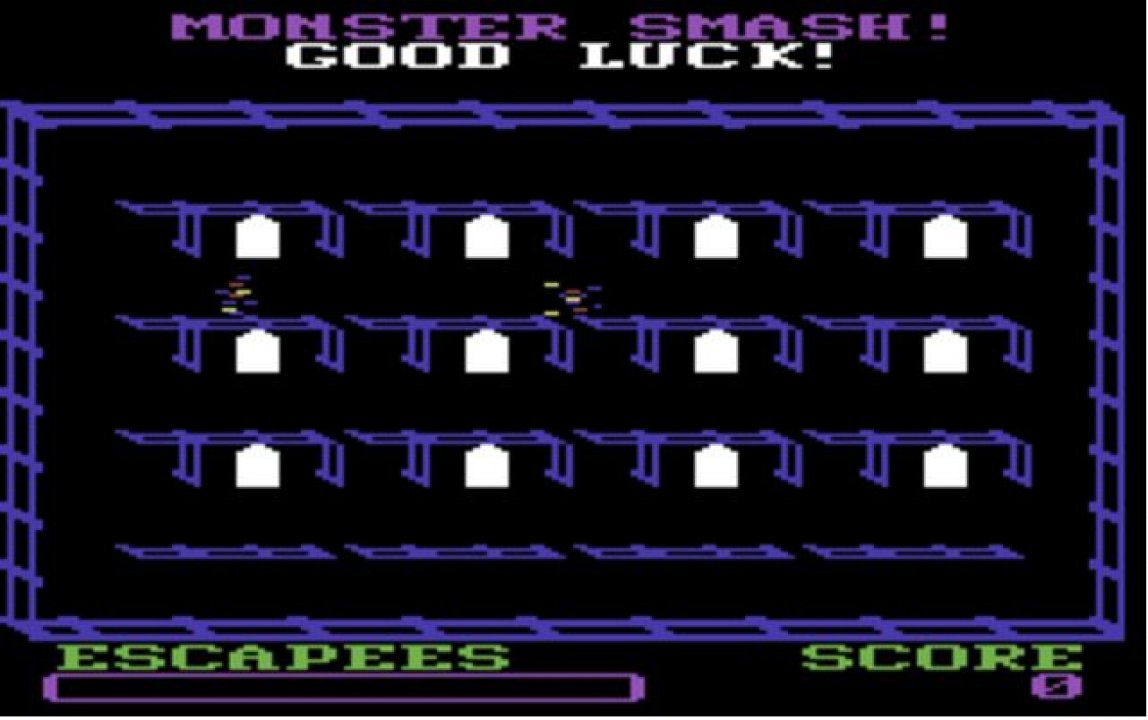 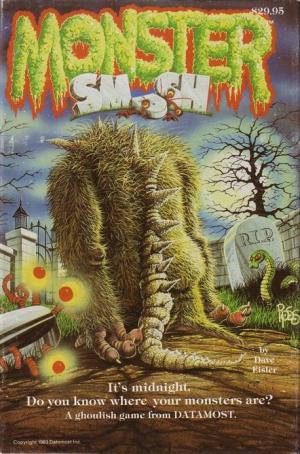 Monster Smash is a side view single screen platformer where your task is to capture all the monsters that are partying around the local graveyard. The screen has four rows of platforms containing four gravestones on three of the levels and part of the platforms can be turned 90°. The partying monsters appear from the top and left of the screen and move to the right of the screen along the platforms. Turning the platforms makes the monsters move downwards when they hit the turned parts and head to the bottom of the screen. Pressing the fire button makes the gravestones move up and down and when a monster hits a gravestone then they are captured. If the monster hits the other side of the screen then they have escaped and let too many escape, shown by a gauge, then it is game over. Once a certain amount of monsters have been captured then you move to the next level. Before you start the game you can select the level number from one to nine. 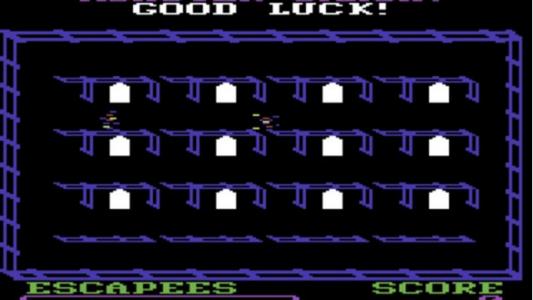