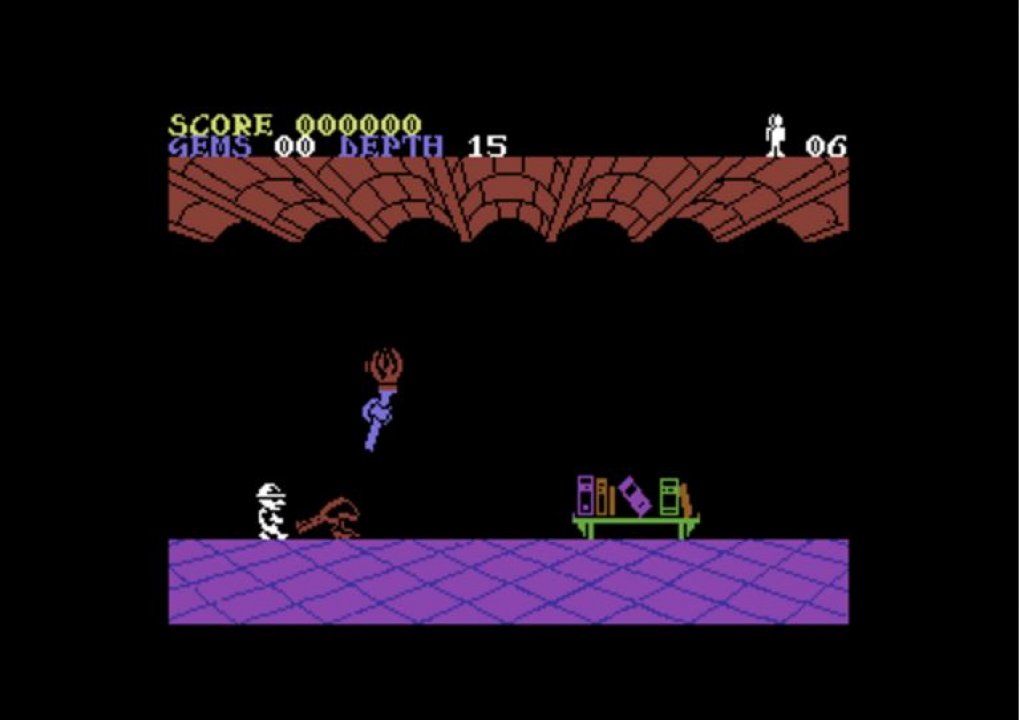 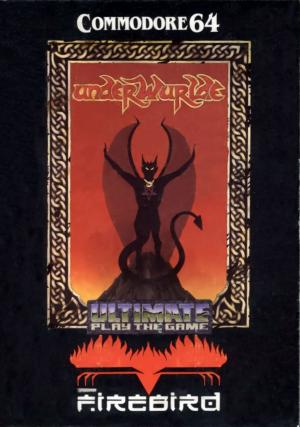 Sabreman’s second game (following Sabre Wulf and preceding Knight Lore and Pentagram) finds him trapped in an underground cavern network, split into nearly 600 side-viewed screens. There are three ways to escape, each protected by a guardian who can be killed using one of the three major weapons you can locate – a dagger, a torch and a knife. As you explore the levels, you will encounter randomly-moving nasties, who can’t kill you but can knock you off your path and cause you to fall. Eagles can grab and drop you in mid-air. Falls of much more than a screen’s height cost you a life, although extra ones are available. Jewels can be collected for temporary invincibility. The game’s screens are functionally split into Castle and Caverns, with the castle screens higher up. Moving across the castles involves a lot of blind jumps, often deliberately bouncing off fortuitously-placed objects such as flower pots. In the caverns, use a rope to hook onto the ceilings and move up and down – if you have found it. How many screens deep you are is noted on screen at all times. 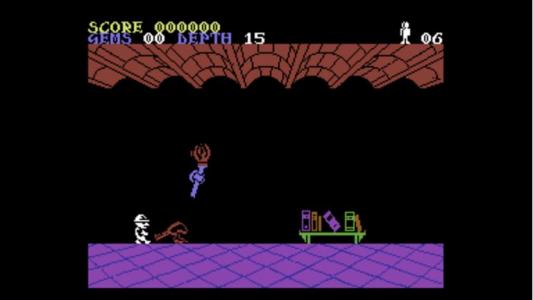