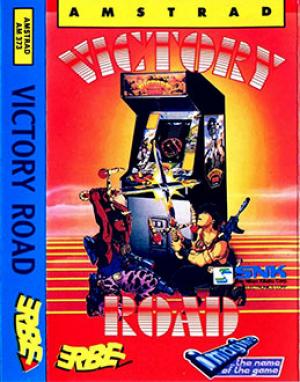 Victory Road is the sequel to Ikari Warriors. The objective is to defeat the enemy aliens using grenades and other weapons. The story directly picks up at the ending of Ikari Warriors. Congratuled by General Kawasaki for rescuing him, Paul and Vince return home to their native country in a plane arranged by the general. Expecting a hero's welcome upon arriving home, a mysterious storm appears and they are hurtled thousands of years into the future. They are met by an alien creature who says that the villain Zang Zip has taken over the land.