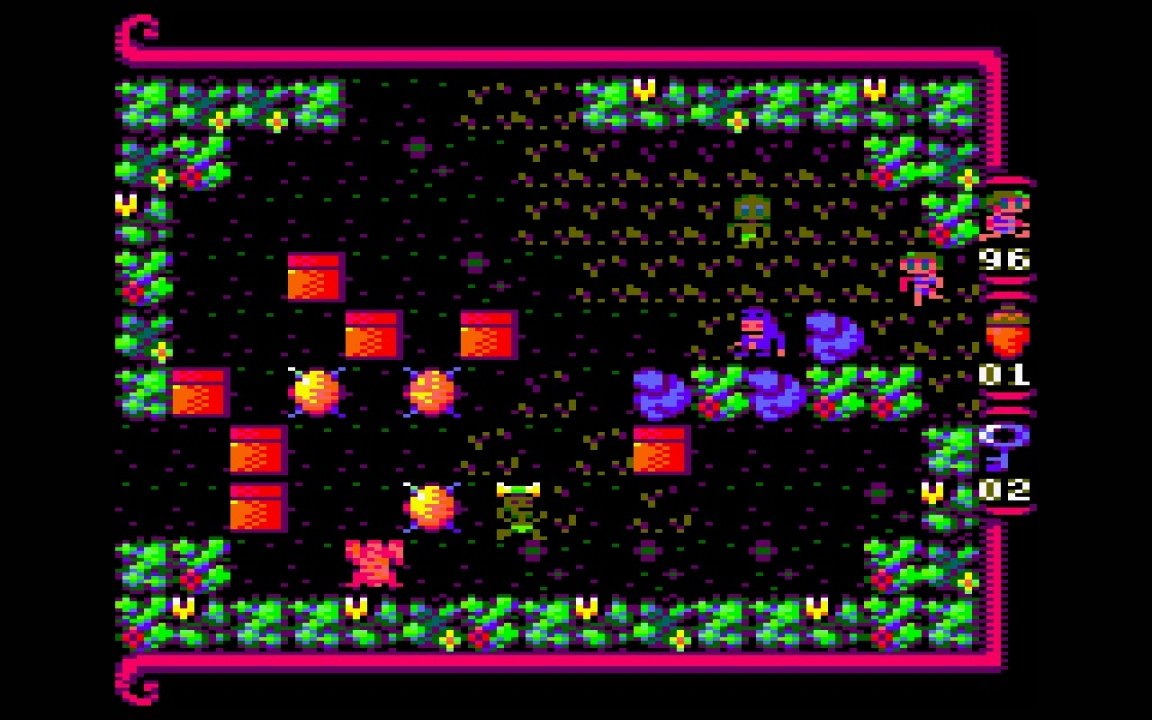 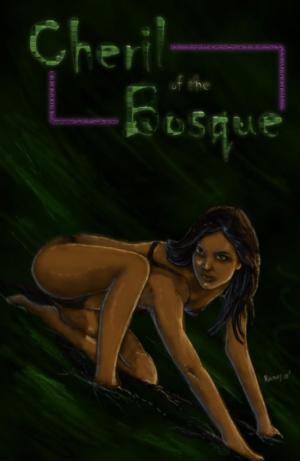 Cheril of the bosque

In the jungle lives Cheril, a girl just like every other. She hunts panthers, flies around using hanging vines and dresses with suggestive animal furs. But Cheril has higher expectations. She’s fed up with Eleuterio, the ever serious monkey, which condemns her explosions of crazy and spontaneous youngness, with the lewd stares from Mondongo the aborigine and his cousin Mojinganga, and with those damned snakes which ambush her from behind every bush. So she decides to go to the city and become part of the “beautiful people”, just like her ancestor Tarza?n of the Apes, which went to London and wore a nice Tuxedo. But the journey is long: thirteen days on foot, so she needs to provide herself with enough food. She estimates that a giant nut a day will suffice, so she needs to collect 13 giant nuts before leaving. Go for it! 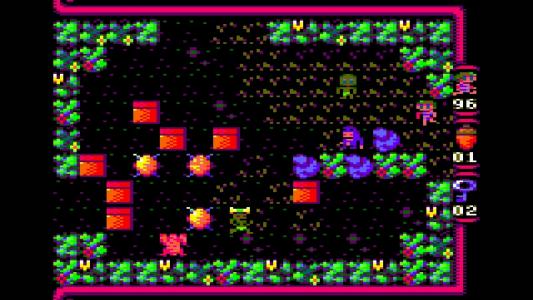