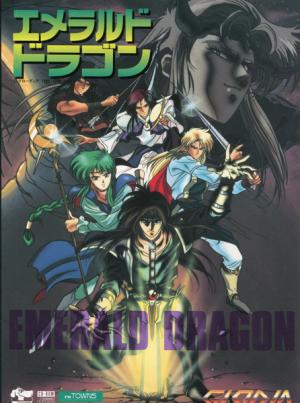 A long time ago, dragons and humans lived in peace in the land of Ishbahn. Lord Tiridates, believing the existence of dragons among humans defiles Ishbahn, places a curse that kills dragons in the area. Some of the dragons (now collectively called the Dragon Tribe) manage to escape and find refuge in Draguria, where a dimensional rift prevents humans from crossing it. A ship wrecks on the coast of Draguria. Atorushan seeks the friendship of the sole survivor, a human girl named Tamryn by the White Dragon, leader of the tribe. The girl is nurtured by the dragons of the land, but 12 years later she leaves as she wants to find happiness with those of her own kind. Atorushan breaks off his left horn and gives it to her as a means of summoning him should she need assistance. 3 years after this incident, Atorushan is called by the White Dragon as the aforementioned horn was blown. Granting him a silver scale to keep him from perishing under the curse of Ishbahn, the White Dragon sends him there to tend to Tamryn.