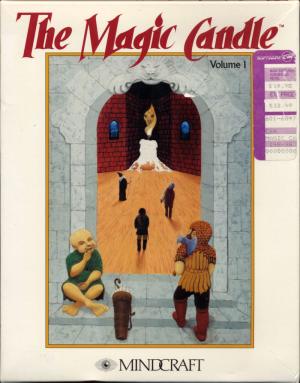 The Magic Candle is best described as an Ultima clone. Its a top-down party-driven RPG. The plot revolves around you (Lukas) and your party of intrepid adventurers, whose task it is to seal the demon Dreax within the Magic Candle (which is burning down, and when it does, he gets released). The game has 3 difficulty levels (changing the number of 'days' you get to complete the game in.) A lot of travelling, dungeon-crawling, town-exploring, and especially, lots of conversing with NPCs.