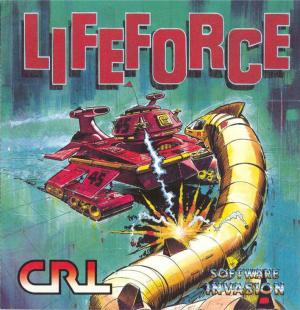 The Regulus system has been attacked by alien forces, and you are the only Terran fighter in place to clear the area and rescue the captured hostages. The game is a vertically-scrolling shoot 'em up with 5 levels. The first of these involves clearing their defences to reach the alien sector, then you face the jungle, ice and desert planets, before reaching the final alien compound. The game's enemies have a variety of attack patterns and formations, as well as varied and colourful appearance.