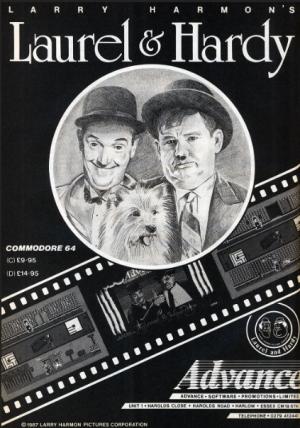 Laurel & Hardy stars the two famous comedians in their quest to throw cream cakes in each others face. The interface is divided into three horizontal parts: the middle one shows the match statistics and the possessions while the other two represent the town from the side. The first order of business is finding the cream cake shop to get ammo. For finding the way in the big city, it is recommended to purchase a map. Various items on the way may help or bring disadvantages, e.g. a bike to become faster (but are forbidden in certain parts of the city) and liquor bottles (soda is good and beer is bad). After a successful hit a point is rewarded and after one has a certain number of points (can be specified before starting the match) he wins.