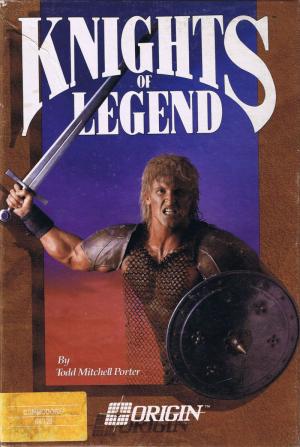 Knights of Legend is set in the fantasy land of Ashtalarea. The evil Pildar has captured the ruler of the land, known as the Duke, and a warrior named Seggallion, who has fought and defeated Pildar in the past. The player controls a party of adventurers whose quest is to rescue the prisoners, and eventually vanquish Pildar. The player can create a party of adventurers, choosing between the traditional races of humans, dwarves, and elves, as well as a new race called Keldar, who possesses the power of flight. The game world is explored from top-down perspective. Turn-based combat takes place on separate screens. The combat system in the game is quite complex, including various types of attacks, parrying and dodging, as well as the possibility of targeting individual body parts of enemies. The player also selects commands for a defensive round, trying to anticipate the opponent's move.