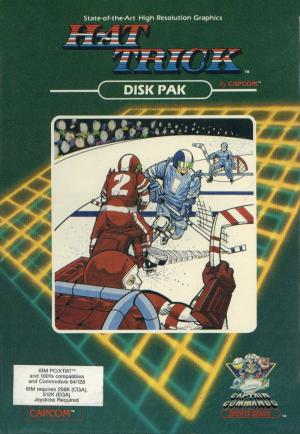 The crack of blades. The crash of helmets and the duel of sticks. It's just you and your opponent in a ferocious two-minute battle across the rink. The action begins at the sound of the bell. You shoot to center ice: take the puck across the blue line, and then weave and rush to outrace your challenger to the goal. He grabs the elusive puck and then it's up to you to hook it back. Sticks fly, he takes a shot off the boards. The puck is yours again! Time is running out! You attempt the most powerful score in the game. Swing your stick back and -- slapshot! The goalie slips and looks in astonishment as the puck zips past him. It's your third goal! You've scored a Hat Trick!