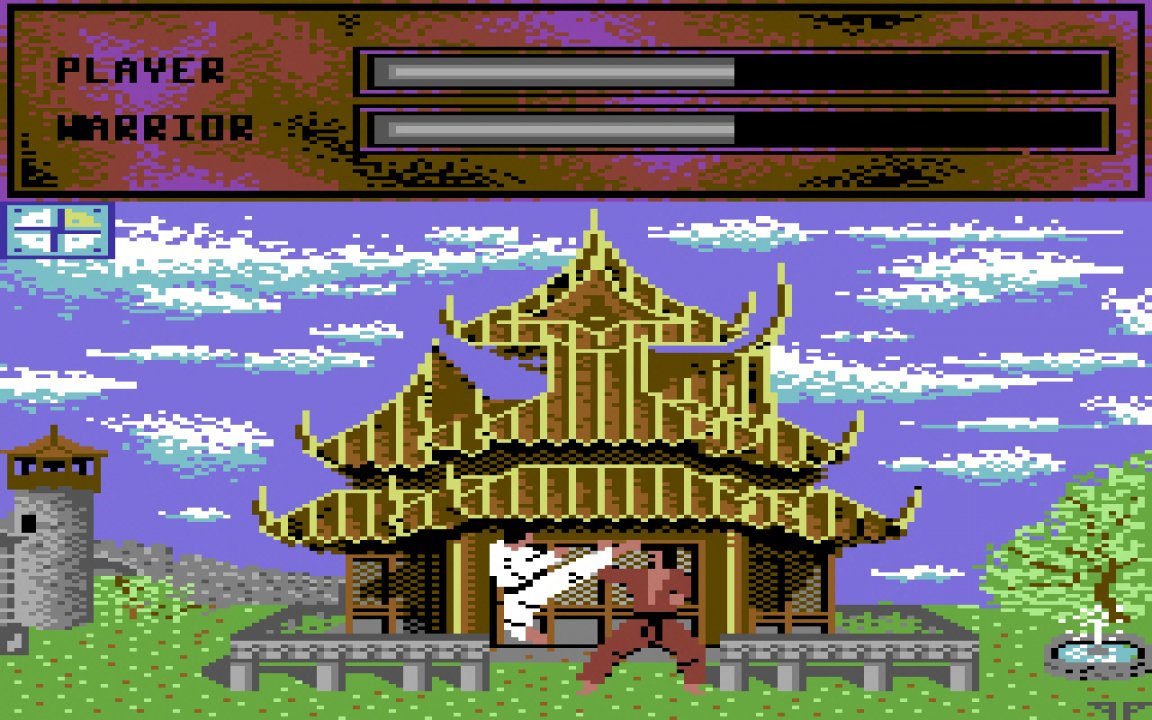 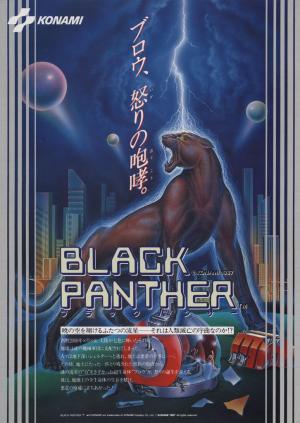 Black Panther is a one on one fighting game similar to Way of the Exploding Fist or International Karate. Press the joystick in any of eight directions in combination with short or long button presses to perform various moves and attacks ranging from ordinary punches and kicks to back-flips, forward rolls, roundhouse kicks or jumped kicks. Attacks can hit high, middle or low. Press the joystick backwards at the right moment to block high or middle attacks. You can also duck under high attacks and jump over low attacks. To successfully hit your opponent, it is crucial to know the range of your attack and time them right. If one of the fighters runs out of health, he loses the round. If both fighters are still standing after the invisible timer has ticked down, the fighter who inflicted the most damage wins. Before starting a new game, you can set the number of rounds and determine which background graphics are shown. 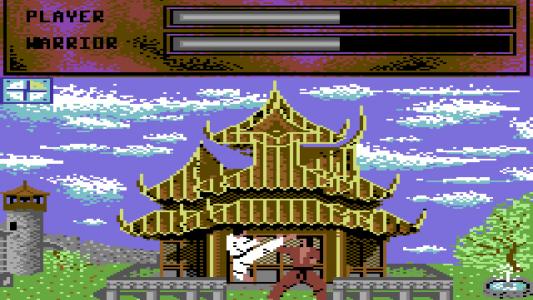