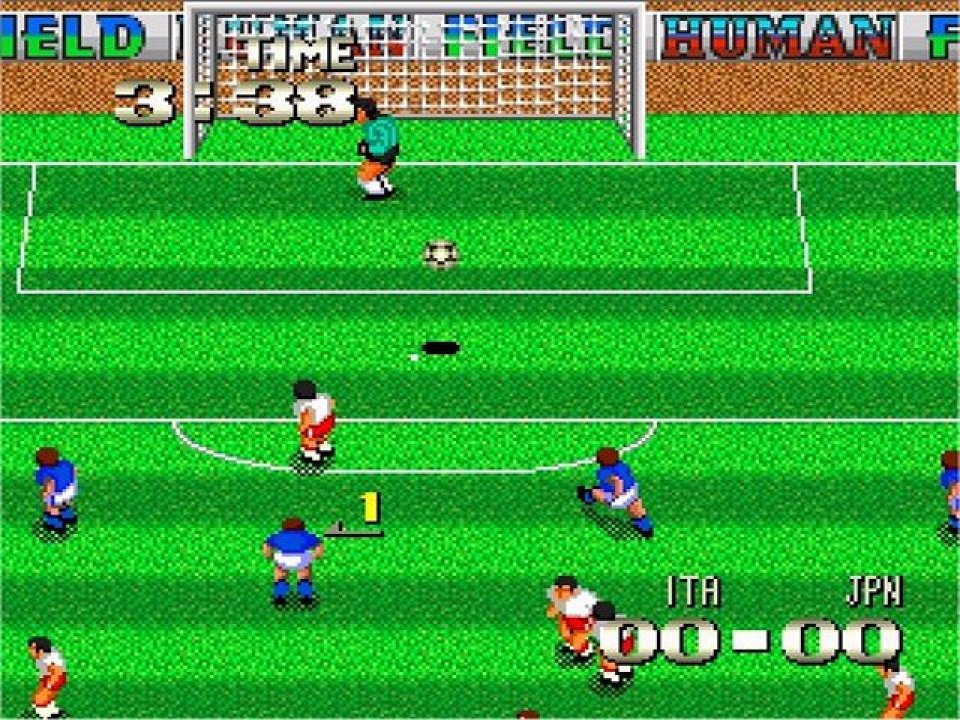 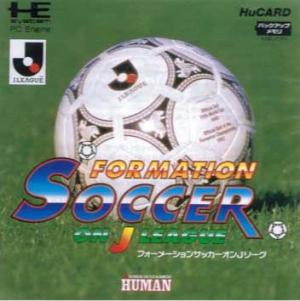 A soccer game for the PC Engine and part of Human's Formation Soccer series. Formation Soccer on J-League is a soccer game for the PC Engine and part of Human Entertainment's Formation Soccer series. The game focuses on Japan's top soccer league, the J-League, and features all ten teams active in the 1993-94 season. Formation Soccer on J-League was the penultimate game released officially on the PC Engine/TurboGrafx-16's HuCard format. The game features a standard exhibition mode, a league mode that recreates the 1993-94 J-League, and an All-Stars mode that features two teams comprised of all the best players. The Exhibition and All-Stars modes can be played with up to four human players. The J-League mode allows for two players to be on the same team and take on the CPU-controlled league cooperatively. 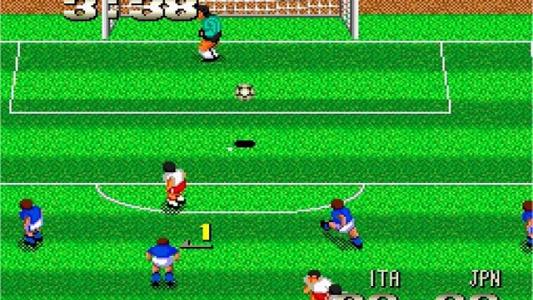