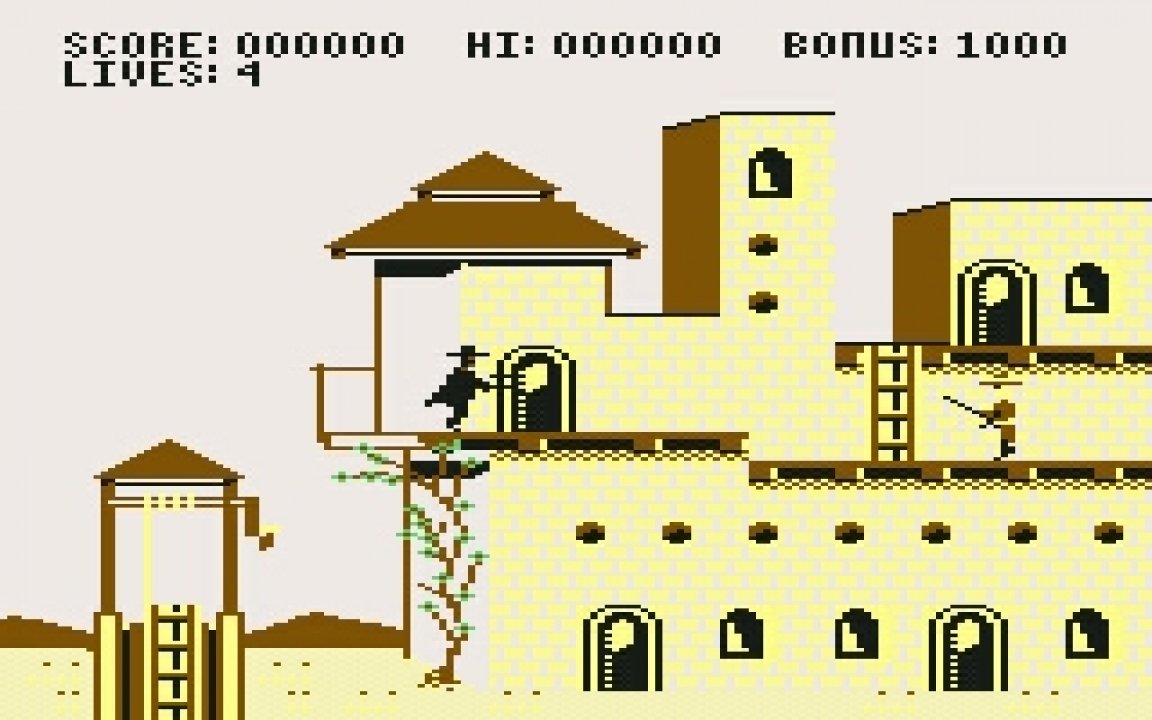 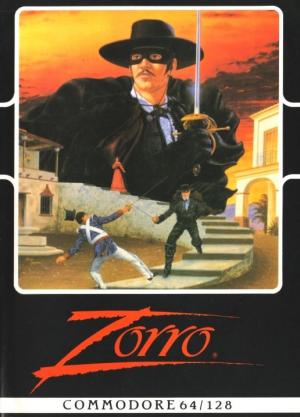 All the ingredients from the Zorro story feature in this action game - a kidnapped senorita, an evil enemy leader (Colonel Garcia) and his henchmen and of course the obligatory swordfight! This computer version of Zorro is a strange beast, he can leap across buildings, fall 50 feet and land like a feather, with neither a scratch to his head or a crease in his cape. He can also perform masterful tricks, such as balancing a large plant pot on his head, while simultaneously climbing up a ladder. Zorro has similar platform gameplay to the same company's Bruce Lee game, but with a slower pace and more puzzle elements. There are 20 different screens in the game, with The Ole Hotel screen being used continually throughout the game. The player must overcome various puzzles, including the branding of a bull and catapulting into the air via a conveniently left spring board and a dazed Garcia guard! 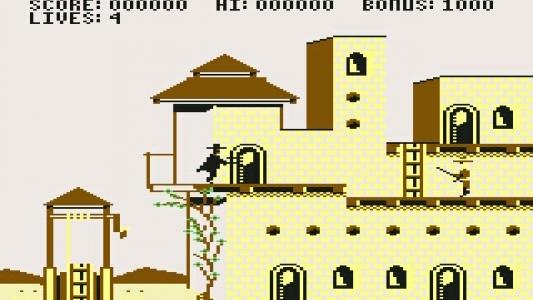