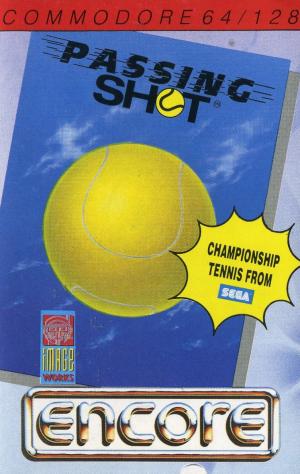 This is a conversion of the SEGA coin-op game of the same name, playing lawn tennis around the world. The player travels from France, to Australia, to the US and end up in England and get to listen to the national anthem of each country. There are four difficulty levels to select the skill of the computer controlled player. One or two players may play but always against the computer. In a two player game, both players play as a doubles team. The game starts off looking behind the player as the style of serve is chosen (top spin, curve, etc) and then it switches to a top down view for the rally.