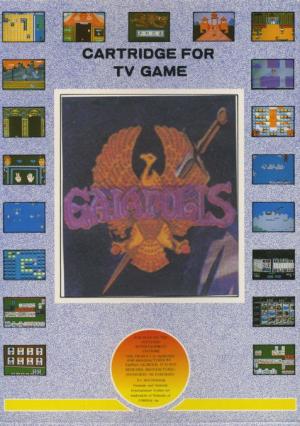 Prince Gerard Himerce seeks vengeance against the Zar Harc Empire for the destruction of his homeland, the Kingdom of Avalon. Joined by the half-human fairy Elaine, last survivor of the Shee clan, and the dragon warrior Galahad, the exiled duke from the land of the dragons, the Prince goes on a journey to the flying citadel of Gaiapolis to prevent King Darkness, the leader of the Zar Harc Empire, from reviving an ancient demon. Along the way, they are guided by a mysterious spirit known as the Warrior of Flame, who tells them that in order to reach Gaiapolis they must seek the three keys to the city that have been scattered around the world.