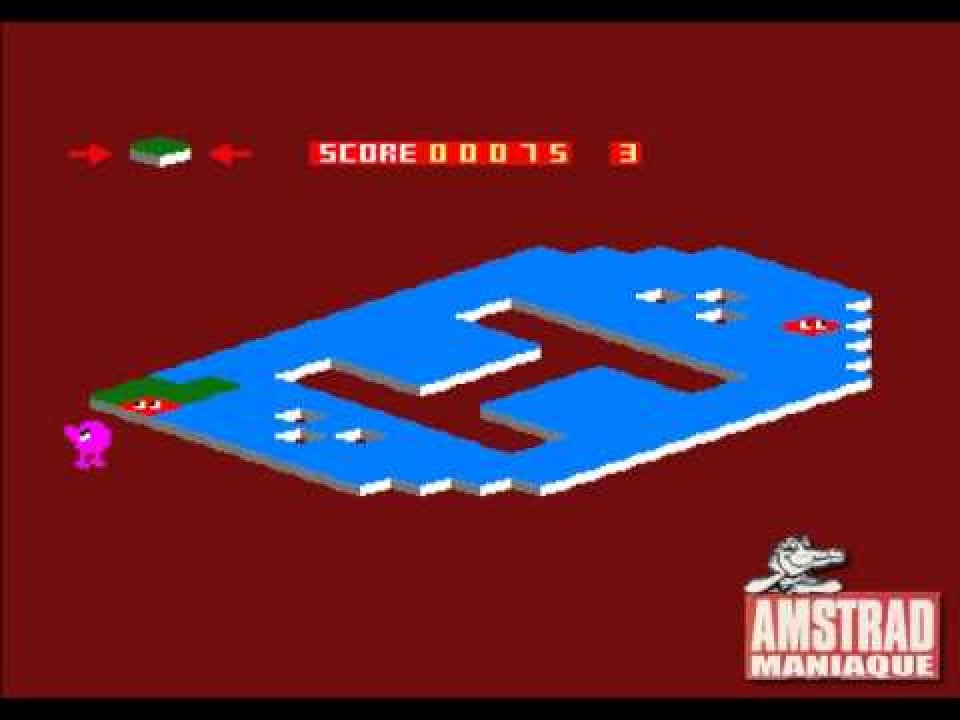 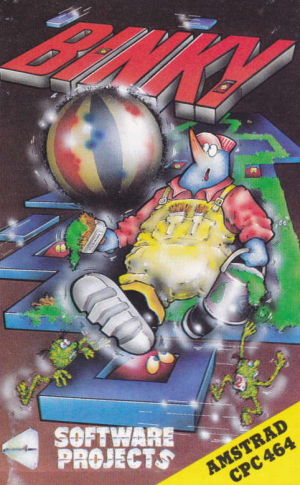 Binky the painter has gotten the job to paint the floors of a 21 storey building in the city. Other painting companies has quit the job due to it not being safe, but Binky has no such concerns and accepts the job despite all its hazards. Each level of the game is a floor of the building which is viewed from an isometric perspective. The objective is simply to paint the whole floor which is done automatically as Binky moves across it. Since the floors somehow are floating around in mid air it's possible to run off the edge of the floor and fall to a certain death if not careful. There are also various nasty creatures that Binky has to watch out for. These will suddenly appear on the floor and move in one direction until they either get to Binky or fall of the floor. There are also beasts that move straight for Binky but these can be killed if stepped on before they hatch. There are also balls that roll around the floors. Later levels need to be painted with two or three coats of paints and require Binky to move over them multiple times. 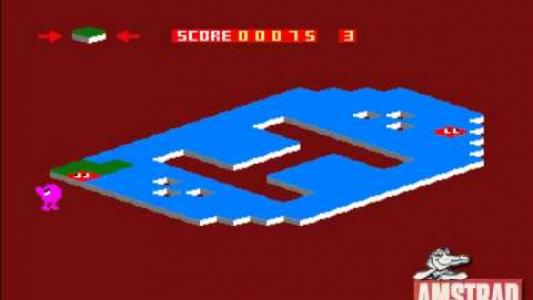