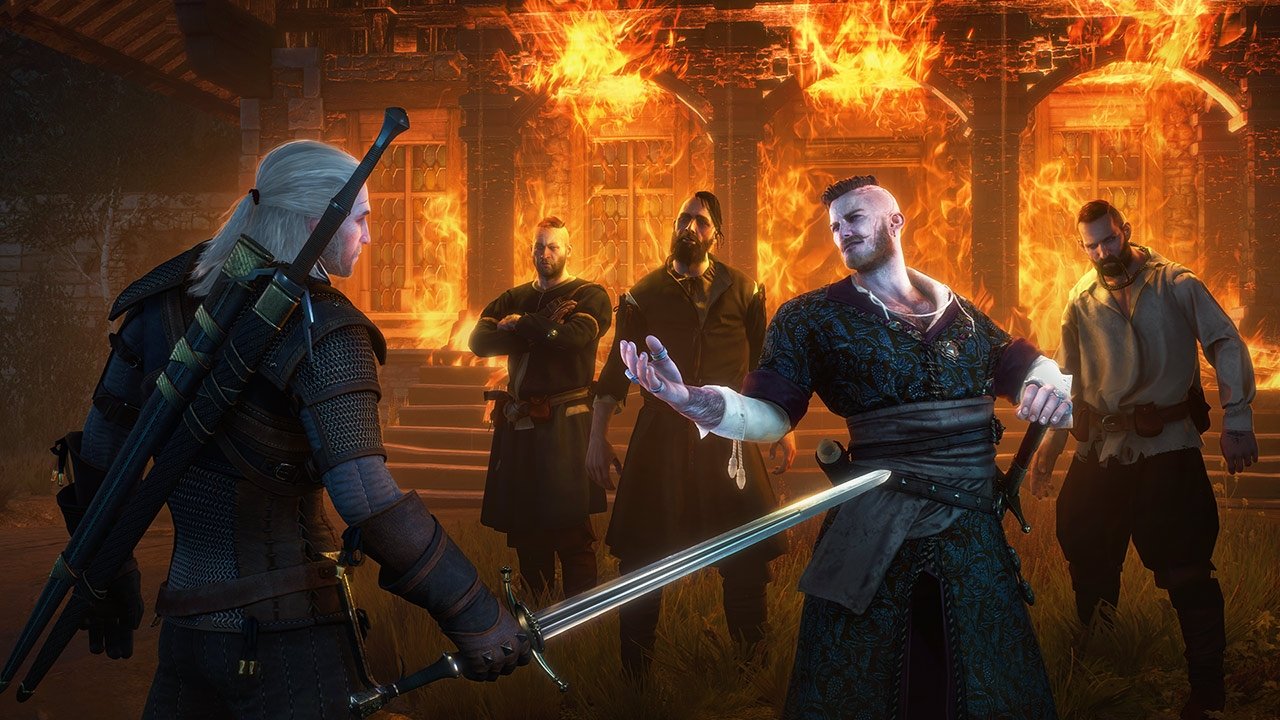 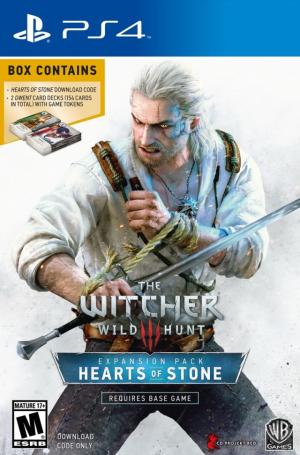 The Witcher 3: Wild Hunt -- Hearts of Stone is the first major story/land expansion for the massive RPG adventure The Witcher 3. Become Geralt of Rivia, a professional monster slayer hired to defeat a ruthless bandit captain, Olgierd von Everec, a man who possesses the power of immortality. Hearts of Stone packs over 10 hours of new adventures, introducing new characters, powerful monsters, unique romance and a brand new storyline shaped by your choices. Players venture into the wilds of No Man’s Land and the nooks and alleys of Oxenfurt, where Geralt will try to complete a contract from the mysterious Man of Glass. Caught in a thick tangle of deceit, Geralt will need all his cunning and strength to solve the mystery and emerge unscathed. Collector's box comes with two Gwent decks and game counters in a deluxe box. 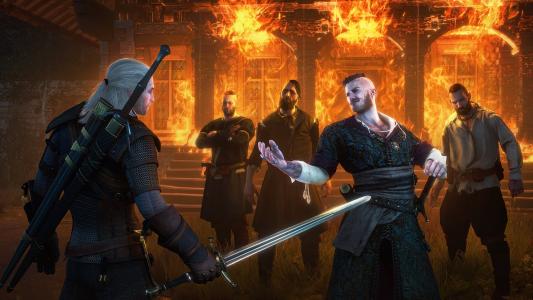