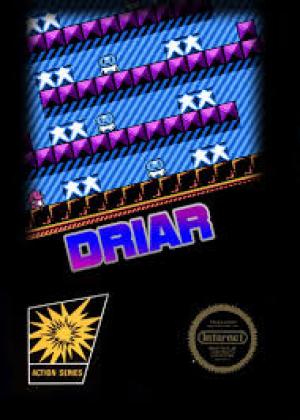 As we continue our patient wait for Sivak to release the anticipated follow up to Battle Kid, two talented Swedish coders have provided a stop gap with their new Nintendo NES homebrew release. Driar is a platform game for the 8-bit console which holds plenty of promise and flair for fans of Nintendo's classic console. In Driar you must guide our mole-like protagonist across various dangerous nooks and crannies, collect every star in sight, whilst avoiding the vast array of traps around. Easier said than done, especially once the later levels of Driar begin to suggest influence was taken from the likes of Super Meat Boy and VVVVVV on the difficulty scale. With 38 levels different levels within, there is no reason why you shouldn't be enjoying this free release for the Nintendo NES. No plans have been announced regarding a true cartridge release for this game as of yet, so until then enjoy this one in a Nintendo NES emulator.