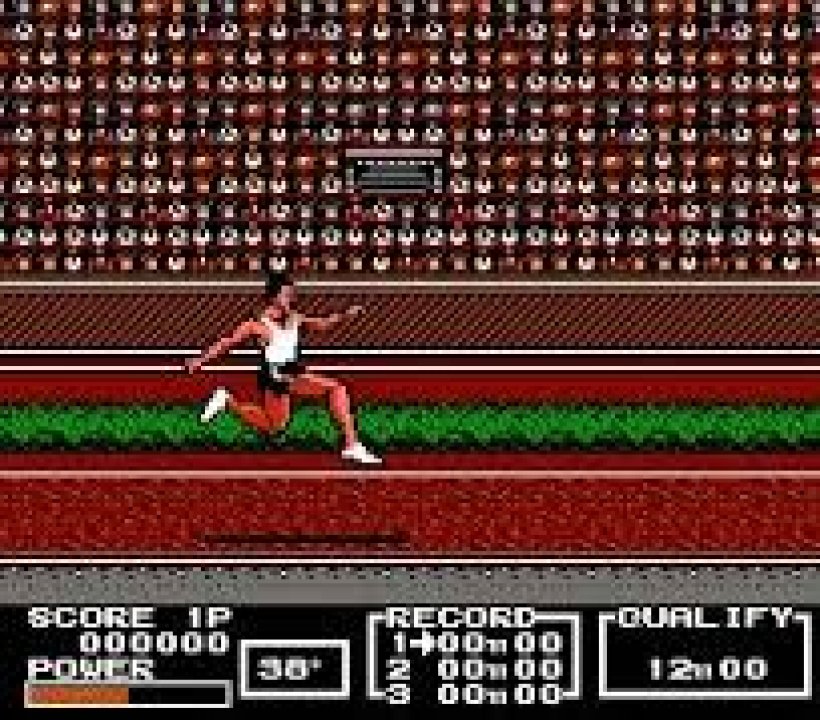 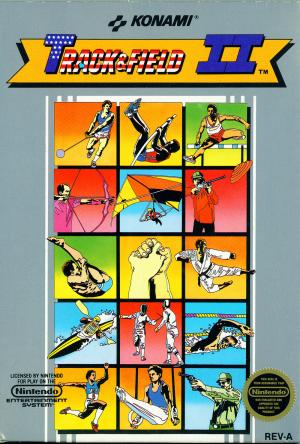 Also know as: Track and Field 2

The greatest athletes from around the world have gathered for the grandest sporting spectacle since the golden age of Greece. This pressure-packed competition is as fierce as a starved lion. Surviving is a matter of sweat and concentration in Taekwondo, pole vaulting, canoeing, skeet shooting, hammer throwing, high diving, archery, hurdles, gymnastics, hang gliding, pistol firing, arm wrestling, fencing, triple jumping and swimming... Whew! Wears you out just to read them all. The odds in Vegas say you don't have enough strength, stamina or skill, but you know better. And as long as you win, you're the crowd favorite. But lose, and you might as well turn in your jockstrap and joystick. 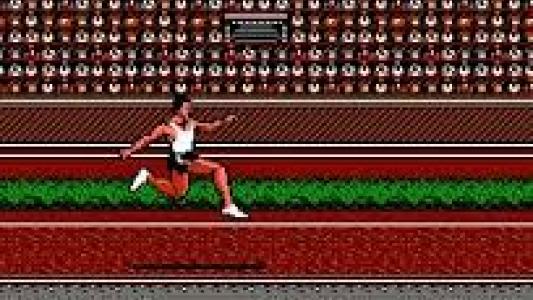