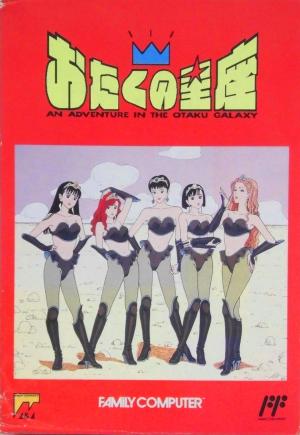 Otaku no Seiza: An Adventure in the Otaku Galaxy

Otaku no Seiza tells the story of Fuyuu City, a place built in space far in the future. Aurora, a group of five attractive and powerful women, control the city. Men in the city are treated poorly compared to women, until the protagonist finds himself in the middle of the city with amnesia. Outraged, the protagonist decides to defeat Aurora and gain rights for the discriminated men of the city.