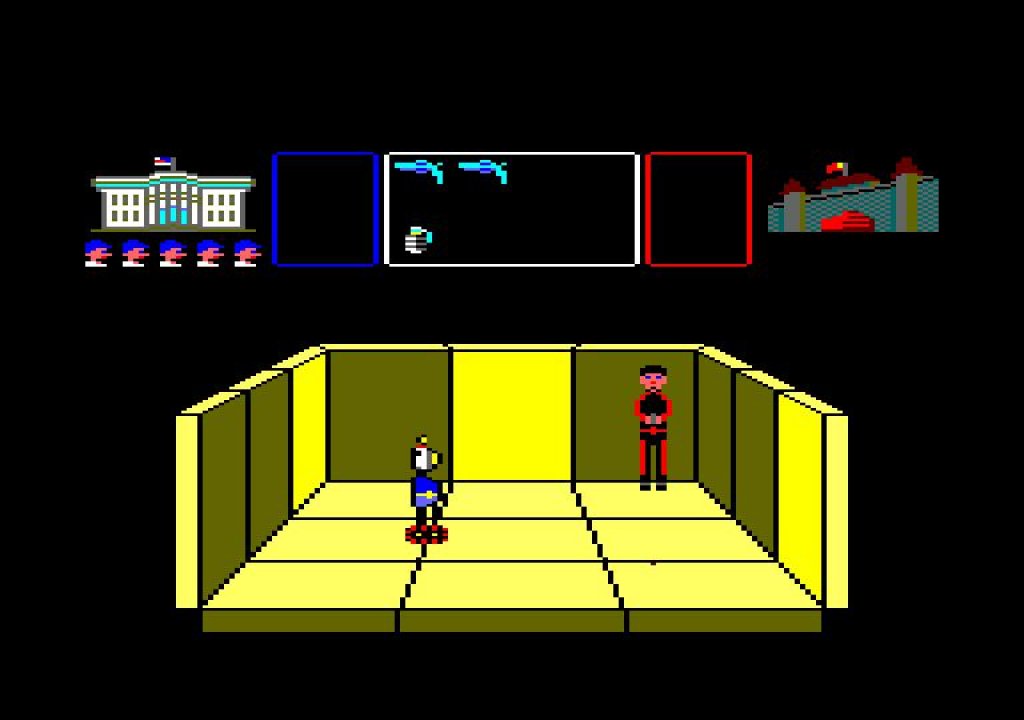 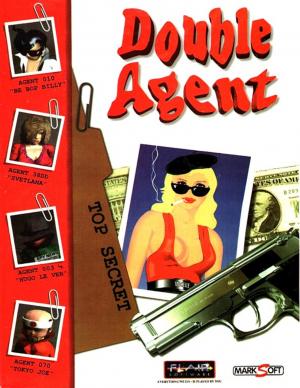 Double Agent is an enhanced clone of well known 8-bit computers hit Spy vs. Spy. The game features numerous mission where the player competes with another human player or computer in the execution of the assignment. The tasks require carrying out specific actions before opponent, f.e. retrieve documents and escape from the building, find a camera and make photographs, kill other agent. In each location various items (heavy ball, electrical device, lit cigar) can be found that can be used for setting creative booby traps inside plants, desks, file cabinets and other furniture. All traps can be disarmed with objects found in the rooms. Contact with a trap takes some of the energy. Another difficulty is the third agent that appears after some time pledging traps and attacking the other two. Each agent has a shotgun, which can be used against the enemy. Death means the loss of all items and moves the agent to the initial position. 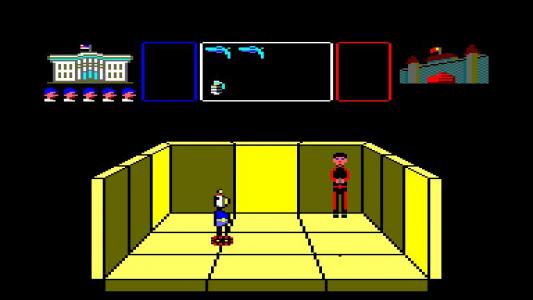