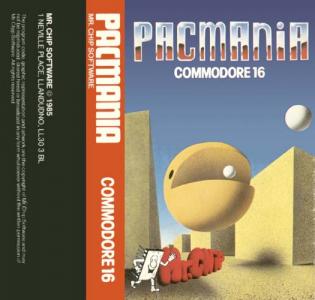 Pac-Mania (パックマニア Pakku-Mania?) is an arcade video game in the Pac-Man series, released by Namco in 1987 (and distributed by Atari Games in the United States and Europe). It runs on Namco System 1 hardware[1] and was the last arcade title in the Pac-Man series until 1996. It is a pseudo-3D interpretation of the classic maze game genre using an oblique view and features many of the elements from the original 1980 Pac-Man arcade game, as well as several new features.