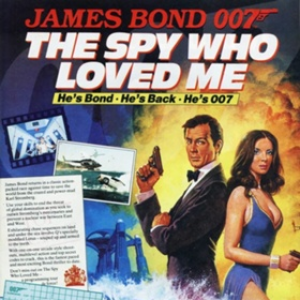 The Spy Who Loved Me

James Bond: The Spy Who Loved Me was Domark's penultimate Bond game, and is widely considered to be a rip-off of the arcade classic Spy Hunter. Both titles feature gadget laden cars in a vertical-scrolling racing and shooting game. The problem with The Spy Who Loved me is the bad controls, and the low production values. For instance, the boat sections have a little map to indicate where ramps and dead-ends are, but they are sometimes incorrect, causing frustrating deaths. On the plus side, the graphics and music are good on the Amiga and Commodore 64 versions.