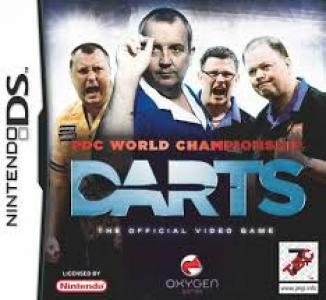 PDC World Championship Darts is a sports video game, published by Oxygen and developed and designed by Rebellion Developments. It was released for the Nintendo DS and Wii on May 29, 2009. The game features eighteen professionals from the Professional Darts Corporation. The game includes a Create-A-Player mode, which for the first time, players can create a female dart player to use in both Career Mode and Exhibition Mode. There is also a practice mode. It is a direct sequel to the previous year's game, PDC World Championship Darts 2008.