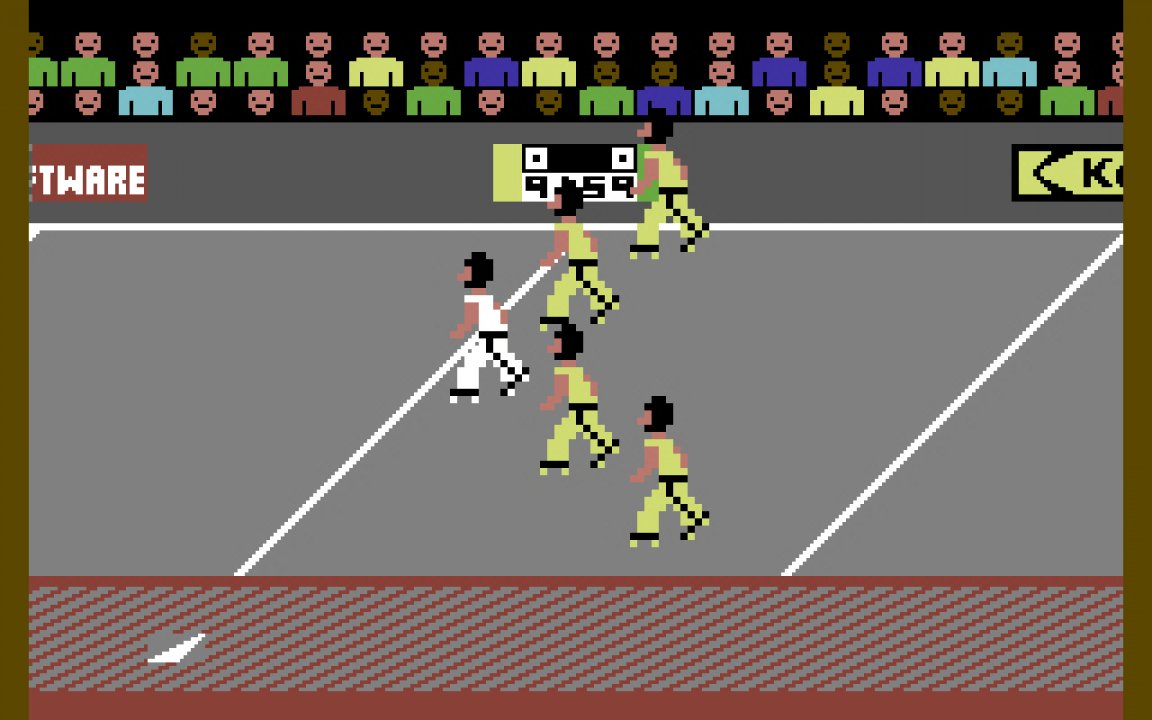 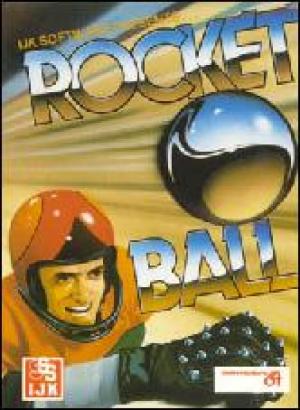 Rocketball is based on the futuristic sports movie Rollerball, released in 1975, starring James Caan. Rocketball's taglines were, "The rules are, there are no rules", and "This was never meant to be a game." As in the movie, the computer game is similar to Roller Derby in that two teams on roller skates travel counter-clockwise around a banked, circular track. The object of the game is to score points by throwing a softball-sized metal ball into a cone-shaped goal target inset into the wall of the arena. Balls are fired into play, in the same direction players skate, by cannons when play begins and to restart play after the ball rolls out of play or a goal is scored. Each Rocketball team has five active players on roller skates. The four Rocketball teams are Houston (wearing blue), Tokyo (yellow), Moscow (burgundy) and Madrid (Green), which correspond to futuristic city states[4] Rocketball is a full-contact sport in which players have considerable leeway to attack opposing players in order to take or maintain possession of the ball and to score points. Players can use fists, elbows and knees to disable their opponents. Games have a duration of ten minutes. A typical game will see no more than 15 goals scored in aggregate. Unlike the movie, there are no players riding motorcycles in the computer game. 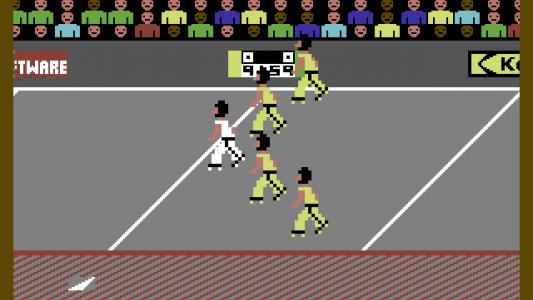