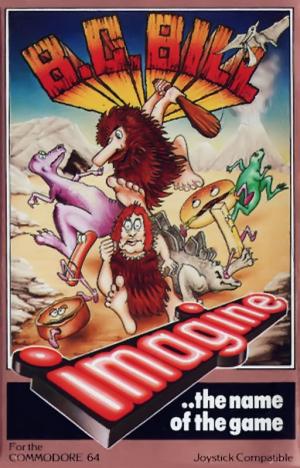 B.C. Bill is a 1984 game released by Imagine Software for several computer systems of the time. The game features its hero, caveman B.C. Bill, setting out to build a family. He is armed with a club, with which he can hit and either stun or kill a variety of roaming creatures. These creatures include: cavewomen, who can be dragged back to the cave as "wives"; food with legs, which can be roasted on the fire and dragged back to the cave to feed the growing family; and dinosaurs, predators who will eat potential wives and food, and kill Bill on contact. Bill can also die from burning on the fire if he has no food, a broken heart if too many wives leave the cave, and starving to death if he is unable to feed his family.