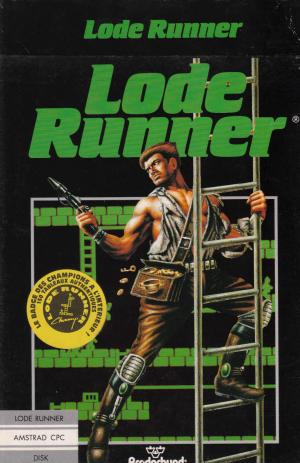 Lode Runner is a platform video game first published by Brøderbund in 1983. Unlike later platformers which rely on precision jumping and movement, levels in Lode Runner are puzzle-oriented. It is one of the first games to include a level editor, a feature that allows players to create their own levels for the game. This feature bolstered the game's popularity, as magazines such as Computer Gaming World held contests to see who could build the best level.[1] Tozai, Inc. currently holds the intellectual property[clarification needed] and trademark rights of Lode Runner.[2]