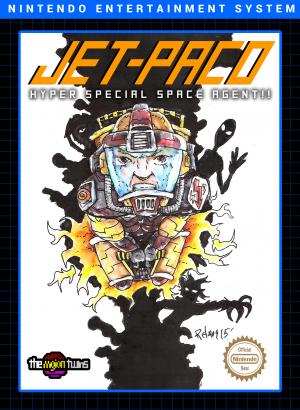 Jet Paco is a remake of Paco Jet featuring identical gameplay to the 2013 release, now accompanied by 8-bit visuals and a punchy chiptune soundtrack. Taking control of Paco Rebollez, you're tasked with finding and gathering energonia crystals, a rare and unusual material used to energise spacecrafts. To help with his journey, Paco is equipped with a state of the art jet pack which allows our homebrew hero to glide around the many rooms of an abandonded ship containing gems galore.