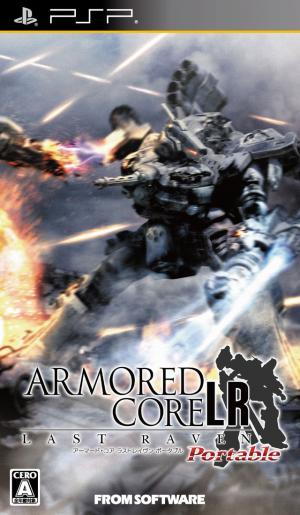 In the wake of the now defunct Navis's failed attempt to control recovered ancient weapons technology, the world has been left in tatters. Looking to consolidate power, the Corporations (Crest, Mirage, and Kisaragi) have merged into one super-corporation known as "The Alliance". Fed up with corporate rule and oppression, and seeing a newfound threat in The Alliance, a Raven known as Jack-O (an important but minor character from Armored Core: Nexus) forms an organization of Ravens known as "Vertex" from the ashes of the fallen Raven's Ark. After rallying a sizable force of fellow Ravens to his cause, Jack-O declares that he will launch an all-out war on the Alliance in 24 hours. Leading the opposing force, a Raven named Evangel has rallied just as many Ravens to the Alliance and is preparing to fight Jack-O head on. Making matters all the more complicated, many Ravens have turned into independent warlords, setting out on their own after the collapse of Raven's Ark. To finish this volatile situation: you. You are approached by both sides seeking your cooperation. Will you side with the Corporations, or assist Vertex in causing their downfall? You have a choice to make, Raven.