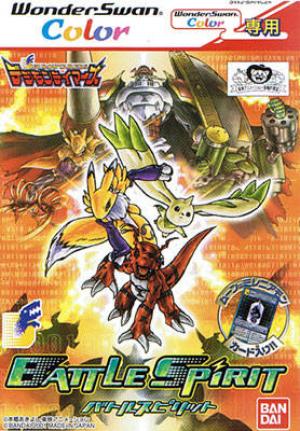 Digimon Battle Spirit is a fighting game originally published by Bandai and developed by Dimps for the Japanese-only WonderSwan Color handheld system under the name Digimon Tamers: Battle Spirit. It was later ported to Nintendo's Game Boy Advance for international releases in North America and Europe two years later. The game features characters and Digimon that were included in the first three seasons of the animated series of the same name in a somewhat simplistic fighting scenario, and also has slightly arranged samples of the show's soundtrack.